We’re back with 350+ artists on the Treefort 9 lineup!

Dive into the resurrected lineup below. So you can easily digest it, we’ve made you a few playlists with all the artists on all your favorite music platforms to guide you on your music-discovering journey.

For a full list of artists announced, check out our lineup page. There are a limited number of Treefort passes still available, so snag yours today!

( philadelphia, pennsylvania )
When the album written to memorialize your mother becomes your calling card, where do you turn for your second act? For Japanese Breakfast’s Michelle Zauner, it involved diving deeper into herself to evolve as an artist. With the release of her sophomore album Soft Sounds From Another Planet, Zauner expanded the breadth of the shimmering bedroom pop displayed on her debut Psychopomp. Her voice and vision came clearer into focus as she used the extended metaphor of outer space to observe the pain that defined the first part of her career. 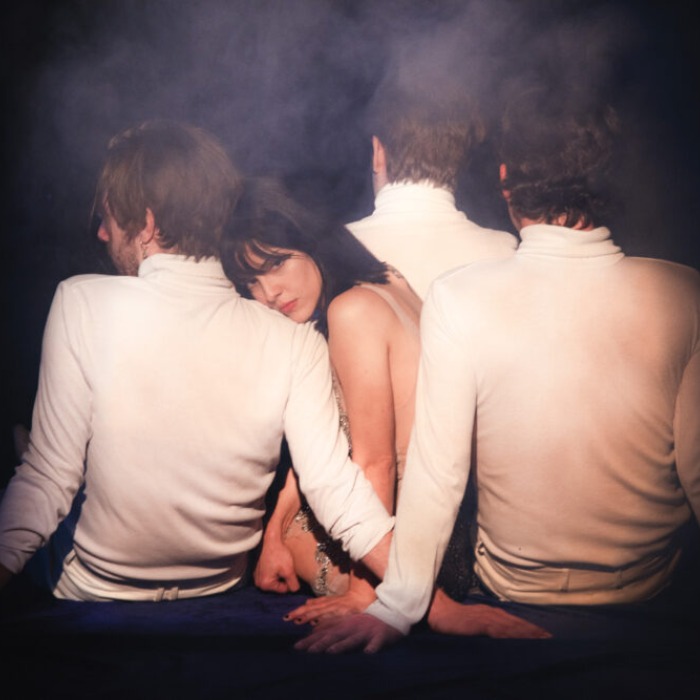 Drawing inspiration from both their vastly diverse backgrounds and the intimacy of their mystic Hollywood Hills commune, Josh and María write, record and produce within the walls of their own home with their dog, Lucy.

( tucson, arizona )
Calexico is an Americana, Tex-Mex, indie rock band from Tucson, Arizona. For the better part of two decades, nine studio albums, and countless trips around the globe, Joey Burns and John Convertino have embraced a multitude of diverse styles and well cultivated signature sounds. Their musical style is influenced by traditional Latin sounds of mariachi, conjunto, cumbia, and tejano mixed with country, jazz, and post-rock.

They have recorded a number of albums on Quarterstick Records, while their 2005 EP In the Reins, recorded with Iron & Wine, has reached the Billboard 200 album charts. Their latest album, The Thread That Keeps Us (Anti-, City Slang) was released on January 26th, 2018. Calexico will be touring heavily everywhere throughout the year. 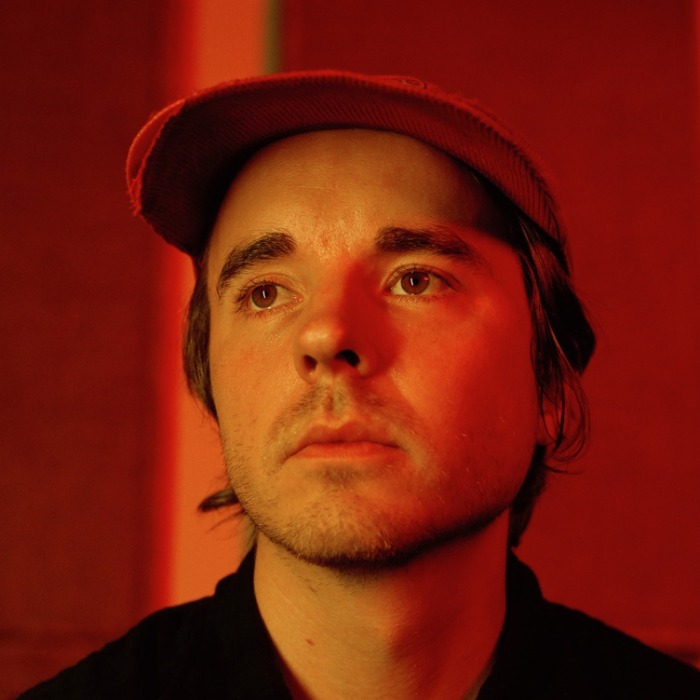 ( toronto, canada )
The Party is the ANTI- Records debut for Canadian songwriter Andy Shauf, who grew up in small-town Saskatchewan.

Awkward characters show up “Early to the Party,” and either reveal life-changing secrets (“To You”) or try their hardest to reveal nothing at all (“The Magician”). In “a city the size of a dinner plate,” everyone knew the guy who keeled over dead after smoking what he promised would be his last pack of cigarettes (“Alexander All Alone”). The girl dancing by herself, unselfconsciously, in the middle of the room, with the “Eyes of Them All” upon her. One moment you’re dancing with someone who bears an uncanny resemblance to your ex (“Martha Sways”), and later you start slagging your best friend as way of endearing yourself to his recently dumped ex (“Quite Like You”).

Heralded by NPR as ushering in “a new era in jazz,” Adjuah continues to forge new ground. JazzTimes cites him as “The architect of a new commercially viable fusion” and “Jazz’s young style God.” Ancestral Recall continues Adjuah’s mission to unify people via their musical and cultural voices by tearing down the sonic and social constructs that separate them.

( boise, idaho )
Treefort wouldn’t be the same without local indie rock band Built to Spill playing a set or two (or three). The band has played every Treefort Music Fest with the exception of Treefort 2017 where Built to Spill’s Doug Martsch played an acoustic set at the Boise Contemporary Theater.

Built to Spill started in 1992 and have a large discography covering eight albums, a few compilation albums, and a good amount of extended-plays.

( nashville, tennessee )
Larkin Poe is comprised of Nashville-based sisters Rebecca and Megan Lovell, who named the band after their great-great-great-grandfather, a distant cousin of writer Edgar Allan Poe.

Steeped in the traditions of Southern roots music, the Atlanta-born sister duo released their fourth album Venom & Faith in 2018. The album showcases their mastery in orchestrating, harmonizing and breathing new life into the musical heritage of their upbringing as the band emerges rattling, stomping, and sliding into a modern-day depiction of what roots rock should sound like. They’re currently working on their next album, due in March 2020.

( abalak, niger )
Mdou Moctar immediately stands out as one of the most innovative artists in contemporary Saharan music. His unconventional interpretations of Tuareg guitar have pushed him to the forefront of a crowded scene.

Back home, he’s celebrated for his original compositions and verbose poetry, an original creator in a genre defined by cover bands. In the exterior, where Saharan rock has become one of the continents biggest musical exports, he’s earned a name for himself with his guitar moves. Mdou shreds with a relentless and frenetic energy that utterly sets him apart.

( los angeles, california )
Joshua Strauther aka Joshy Soul, is a pianist and soul singer from Long Beach, California. He started playing piano at 18 years old in church and after a few years of playing began playing behind other artists on tour.

At 25, along with his six piece band, The Cool, he recorded the first album called, Vintage Dreamin’.

With influences of Sam Cooke, Otis Redding, Donny Hathaway, and John legend, Joshy delivers smooth yet a big soulful sound that gets you off your feet and want to dance! Since then, they have played with The Roots, Haley Reinhart, Nick Waterhouse, and many other artists.

And indeed, Good Luck Everybody (due out January 17, 2020), the Arizona band’s seventh album, stands out in their already diverse catalog. While still rooted in the folk-punk sound AJJ has become known for, the album is unafraid to delve into new territories that test the limits of what the band is capable of.

“I think it explores some of the weirder sides of AJJ, the more experimental leanings that we’ve had in the past,” says bassist Ben Gallaty. Good Luck Everybody draws from a wealth of sonic inspirations, from Laurel Canyon folk-rock of the 60s and 70s to avant garde artists like Suicide, as well as some orchestral pop.

( los angeles, california )
Since taking the industry by storm in 2014, the electric New Orleans native, Pell, born Jared Pellerin, has continued to expand his sound and musicality. His stellar Floating While Dreaming mixtape garnered attention and praise from press across the board, including FADER, Billboard, Hypebeast, XXL, Complex, among others.

Pell linked with NGHTMRE for Magic Hour EP, releasing through Mad Decent in June 2018. Co-produced by Pell, “Hear Me,” was featured on Madden 19’s soundtrack. Rounding out 2018, Pell was featured on XXL’s What I Do, where the artist was praised for his skillful freestyle, along with accompanying Doja Cat on her Amala Tour. Gravity (2019) is Pell’s third full length installment completing a trilogy, preceded by his critically acclaimed Floating While Dreaming mixtape (2014) and LIMBO EP (2015).

( new york, new york )
Cut live to tape with very little overdubbing, Undress was recorded in the late summer of 2018 in Tivoli, New York. The Felice Brothers – Ian Felice, James Felice, Will Lawrence (drums) and Jesske Hume (bass) – teamed up with producer Jeremy Backofen to record their most personal and reflective album to date.

“Many of the songs on the new album are motivated by a shift from private to public concerns,” says songwriter Ian Felice. “It isn’t hard to find worthwhile things to write about these days, there are a lot of storms blooming on the horizon and a lot of chaos that permeates our lives. The hard part is finding simple and direct ways to address them.”

( seattle, washington )
In each of her distinct compositions, Seattle electronic music producer, Chong the Nomad, unleashes storms of song that embody both the delicate raindrop striking the single tree leaf and the looming clouds that burst and quench an entire forest.

The musician, whose given name is Alda Agustiano, is also one of the fastest rising songwriters in the Emerald City. At 24, Chong has already achieved many of her dreams – and she’s hooked on the prospect of more. In 2018, she released her debut EP, Love Memo, earning “Top Album” recognition from The Seattle Times, Seattle Weekly, The Stranger and famed radio station, KEXP.

Since Love Memo, the artist has been featured on a Singapore Airlines Commercial campaign, Visit Seattle, TASTEMADE Travel and a commercial for Universal Audio.

( boston, massachussetts )
From 2014 to 2017, Vundabar‘s Brandon Hagen cared for a loved one that had fallen into a debilitating state of mental and physical decline. For four years his sickness and the eventual loss that followed became the focal point of Hagen’s life as well as his family’s. It was the bell jar under which they lived. Hagen was fractured into two selves; one, largely insular, racked by grief and loss and the other putting it on, touring relentlessly and hoping to be as affable as possible lest he ruin the opportunities at hand.

These were the fencings and borders he made for himself and for a time he let them stand. Smell Smoke, the band’s 2018 follow up to their breakout 2015 album Gawk, is an attempt at openness and vulnerability. It’s an attempt at unlearning. It’s a document of grief; a child crying into the dark.

( los angeles, california )
Nite Jewel is the alias of Los Angeles musician and multimedia artist Ramona Gonzalez, whose synth-based compositions filter ’80s freestyle, electronic disco and early-’90s R&B through the haze of shoegaze and an experimental approach to recording.

Over the past few years, LA’ s Nite Jewel has honed its pop-funk craft across releases from Italians Do It Better, Mexican Summer and LA’s own Gloriette Records. In that time, Ramona Gonzalez’s airy but often distant voice has found new gravitas and charisma. Meanwhile, the synth lines have gotten more agile and the bass pops tighter and tighter. The stuttered 80s synth R&B melodies unfold into one another here in ways both giddy and deceivingly nonchalant.

( san francisco, california )
Monophonics have risen up again from their California studio Transistor Sound to offer the world a new album via indie label giants Colemine Records. Their new record entitled It’s Only Us, due next year reflects what they see as the current direction in the world, it’s an expression that leans on the theme of humanity, that strives to speak to a wide range of listeners.

It’s a message of unity, strength, resilience and acceptance. Often known as a group that is keen to create a heavier version of classic soul, Monophonics are back with their trademark sound while introducing a healthy dose of new and warm textures that will saturate speakers. It’s easy to hear their years of record digging and being under the influence of rare sides by Brothers of Soul, Rotary Connection or Dee Edwards.

WOWWW you made it this far!! We’re proud of you! Click here to get your Treefort 9 tickets.